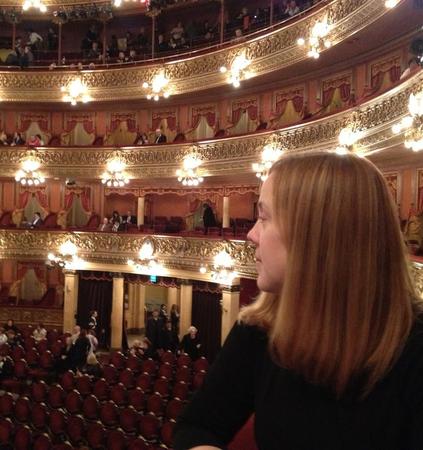 Banham served as the Oboe and English horn Teacher of Music at Washington University Saint Louis from 2016 - 2021. She also held a private teaching studio for 20 years and has given more than 100 educational demonstration concerts in St. Louis elementary schools. She also teaches in the master class setting and coaches the oboe students of the Saint Louis Symphony Youth Orchestra.

Hailed by the New York Times for “supremely beautiful playing and graceful virtuosity,” and by the Boston Globe for playing “outstanding in quality of tone and eloquence of phrase,” Banham has performed as a guest in the principal English horn chairs of the New York Philharmonic, Chicago Symphony, Los Angeles Philharmonic, New Jersey Symphony, and Cleveland Orchestra.

In 2013 Banham transformed her hobby of dancing Argentine Tango into a musical pursuit. She founded Cortango, a Tango dance band with a symphonic twist, featuring colleagues from the St. Louis Symphony and St. Louis jazz musician Adam Maness. Cortango performed live more than 20 times in its first two years, and released its debut album, Tandas, in May of 2015. As the founder and leader of Cortango, and Executive Producer of Tandas, Banham appeared as a guest on the PBS national program Arts America.

In 2018 Cally released her debut solo album, Cor Christmas, which was awarded the KDFC San Francisco and KUSC Los Angeles "Album of the Week" during Christmas week 2018, and was the WKNO Memphis "Album of the Month" for December 2018. The album captured radio play on over 100 classical stations internationally, and Cally was interviewed for on air segments by many radio hosts across the US.

Cally is a scholar of the history of Tango, and she produces and hosts the radio program “Tango with Cally”, which airs weekly on Classic 107.3 St. Louis and WXXI Classical Rochester. Recently she became the program director and host of the Saturday morning 6-9am segment at Classic 107.3.

A native of Philadelphia, Cally Banham attended Temple University and studied with the late renowned Philadelphia Orchestra English hornist Louis Rosenblatt. She later moved to New York and received a Masters from the Manhattan School of Music, as a scholarship student of Joseph Robinson, New York Philharmonic Principal Oboist emeritus.